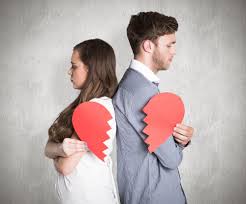 Parents have an inherent duty to provide for the needs of their children. Each parent must contribute to the support of their mutual children.  Many times once a divorce has occurred or the parents separate, Florida courts must become involved to ensure that children receive the financial support they need from each parent.

To obtain child support you must have an order signed by a judge. If you don’t have a child support order you will need to take the appropriate steps to establish and have a support order entered.  If there was no marriage, then you must first provide proof of who the parents are.  In the case of a “putative” father, an action must be filed for paternity.  Fortunately, most fathers will admit that they are the biological parent.  In a marriage, it is a legal conclusion that the husband is the father.

If you are unable to afford an attorney, you may consider applying for the services of the Florida Department of Revenue’s Child Support Enforcement Program – as long as you have a child that needs child support, you are eligible for their help.  Once you file the petition for support, the court will set a hearing date. Bring evidence of your income and your child’s financial needs to the hearing.

Today, many parents have equal time sharing, however, the court will decide on the amount to be contributed to the child(rens) support.  When a parent fails and/or refuses to pay child support, it may become necessary to reach out to the court for help in collection.

Civil contempt is used when a person violates a court order. The most common way to enforce a child support order is by filing a “motion for contempt.” Filing this motion tells the court that you have a valid child support order in place, and the otherl parent is behind on payments.

You can file a motion for contempt on your own, with an attorney’s help, or by asking Florida Child Support Enforcement to file the motion on your behalf. To prove the other parent is in contempt of the child support order, you’ll have to show the following:

The judge will decide whether the other parent is in contempt at a hearing you both have to attend. If a judge believes you’ve proven your case, he or she will hold the noncustodial parent in contempt and issue an order stating how and when the parent should pay overdue support. The judge may also include other penalties for the delinquent parent in the order, such as fines or even jail time.

Once your child’s other parent has been held in contempt of the child support order, the judge can order several different remedies to help you collect overdue and future support.

The judge’s order can:

Establish a payment plan for the other parent to follow

Intercept lottery winnings of more than $600

Claim and sell a delinquent parent’s abandoned or unclaimed property

Intercept worker’s compensation funds owed to a delinquent parent, and

incarcerate a delinquent parent up to a year until overdue child support is paid.

Additionally, a court can order delinquent parents to reimburse the custodial parent’s attorney’s fees and other expenses related to the contempt motion, including travel expenses to the court and expert witness costs.

Florida law also has other methods that do not directly obtain child support from delinquent parents, but instead punish those parents for nonpayment:

Florida may freeze delinquent parent’s financial accounts when they are behind at least $600 or 4 months’ child support.

Florida Child Support Enforcement may report delinquent parents to consumer reporting agencies (credit bureaus) when they are behind by 15 days on child support.

Florida reports parents behind by $2500 or more on child support to the U.S. Department of State to have their passport revoked or passport application denied.

IF YOU ARE A PARENT WHO IS OWED CHILD SUPPORT AND NEED HELP, PLEASE CALL JUPITER LEGAL ADVOCATES AND SPEAK TO A QUALIFIED ATTORNEY.  INITIAL CONSULTATIONS ARE AT NO CHARGE.

DIVORCE IN THE TIME OF CORONAVIRUS