A Great Tool to Use Before Your Visit to the Attorney 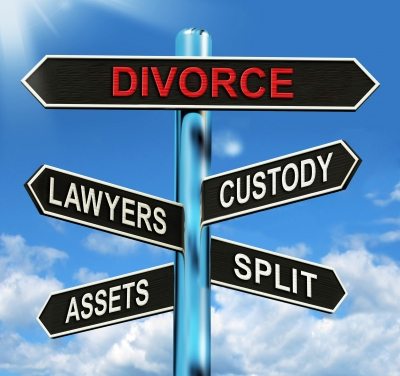 Divorce is complicated — legally, financially, and emotionally. Dividing up property a couple has acquired throughout their marriage (also known as marital property) can be one of the most contentious aspects of divorce. Luckily, divorce attorneys can help alleviate some of your legal and financial stresses by advocating for a division of property that works in your favor.

If you’ve decided to retain a divorce attorney, you can help save your attorney time (and save yourself some money) by gathering important legal and financial documents together before meeting with your attorney. Doing this ahead of time gives your attorney an immediate and useful overview of the property and assets likely to be at issue in your case. Most importantly, it allows the two of you to work together to secure your short and long-term interests.

Main Issues to Discuss with Your Divorce Attorney

The checklists below, organized into general categories, can give you an idea of what documents you’ll need to gather as well as issues to discuss with your divorce attorney.

____ Residence in the marital homestead

____ Compensation for contributions as homemaker

____ Changing your name after divorce

Documents to Have Ready

____ Individual and business income tax returns for the past three to five years (federal, state, and local)

____ Proof of your current income

____ Proof of your spouse’s current income

____ List of property owned by each spouse prior to marriage

As you can see, the above list extensive — yet, it is not exhaustive. Every divorce is different since every couple enters and leaves a marriage under different circumstances and with different assets. Therefore, to ensure no property is overlooked, it is always a good idea to have an open and frank conversation with your attorney regarding all of the property and assets relevant to your case.

HOW TO DIVIDE THE DOG!
5 Mediation Strategies for a Successful Divorce Agreement