What comes to mind when you think of couples who sign prenuptial agreements? 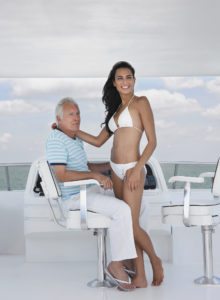 Well, contrary to popular belief, prenups aren’t just for the exorbitantly wealthy. Prenups can actually benefit a wide range of people, including spouses with less earning capacity. And since divorce is so prevalent in American society today (about half of all marriages end in divorce), the more you can do to protect yourself in the event things go awry, the better.

Is signing a prenup a self-fulfilling prophecy?

You may be afraid that signing a prenup will jinx your marriage. Are you doomed to fail by signing a prenup? Well, if you’re superstitious, you might cringe at the thought. As an attorney, I’m used to seeing what goes wrong when people aren’t prepared. So the way I see it, when you sign a prenup, you’re preparing for the “just in case”.

Nobody gets married thinking they’ll become a statistic one day. But due to unforeseeable factors, it happens. All the time. So why not be prepared, just in case?

Compare it to creating an estate plan. You’re not signing your death warrant just because you execute a will. You’re taking a proactive approach so that, in the event of your death, your family will be protected and your wishes carried out. It’s really just a matter of being prepared. A lot of convoluted and ugly divorce cases I’ve seen could have been avoided if the couple had signed a prenup.

Now, that’s not to say everyone should get a prenup. Let’s talk about some of the reasons people get prenuptial agreements. If any of this applies to you, give us a call for a FREE consultation. (561) 748-8000 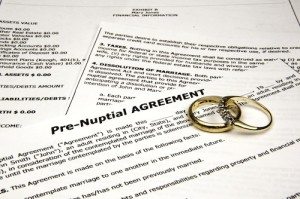 How Do I Know if I Need a Prenup?

There are six different types of alimony (spousal support) in Florida. You can read about them here.

Under Florida law, there’s a rebuttable presumption against permanent alimony for marriages lasting under 7 years, and a rebuttable presumption in favor of permanent alimony for marriages lasting over 17 years. What happens to all those in between 7 and 17 is up to the courts. There’s no set formula for determining alimony; instead, the court considers a number of factors.

2. To protect children from a previous marriage.

Let’s say you have children from a previous marriage, and your plan is to pay for their college educations. If you divorce your current spouse, you are concerned that he or she will get so much of your money that you won’t be able to pay for your kids’ college educations. Signing a prenup can ensure you have the funds necessary to provide for your children.

3. To protect a family-owned business.

If you own part of the family business and divorce your spouse, the business could be at risk in the divorce. The courts distribute assets and liabilities using a principle called “equitable distribution“, so your ex could be entitled to a portion of the business. A prenup can safeguard your business (and your family) from this risk.

4. To protect an inheritance.

You can include provisions about how property and assets will be divided, what will happen to retirement accounts, pensions, and life insurance proceeds, how property or assets will be managed during the marriage, and more. A prenup cannot, however, dictate child custody or child support.

I cannot underscore enough the importance of having your own independent attorney review your prenup before you sign it. According to the Florida Supreme Court, a bad deal isn’t enough to invalidate a prenup. If the prenup is clear, unambiguous, signed willingly and not entered into by fraud, duress, or coercion, then the courts will enforce it.

Read my take on what the Court said in this recent case about permanent alimony.

What if I’m already married? Is it too late?

How Do I Know if I Need a Prenup? | Jupiter Divorce

What Rights do Fathers Have in Florida?
Could My Inheritance Be Split in the Divorce?